Five Thoughts for Christians on the EU Referendum 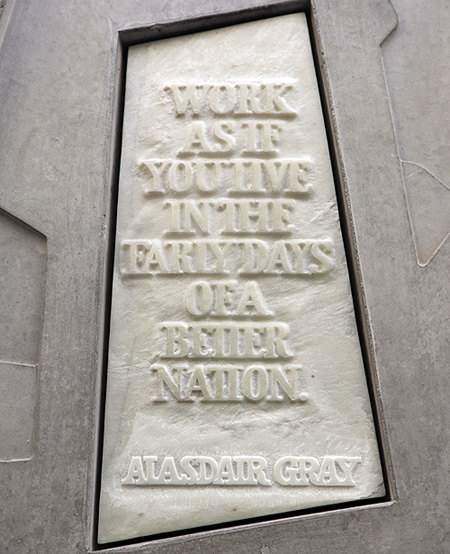 That might seem a strange thing to say. The gospel is the world’s only hope, so surely the pros and cons for the spread of the gospel are ultimately all we need to be concerned about when we vote on Brexit? Not so fast. To take that view would be pietistic.

Pietism is defined by Tim Keller like this: “Pietism focuses on the inner individual experience and does not expect or ask how the experience of salvation will change the way we use our money, do our work, create our art, pursue our education etc.” Keller goes on to say that in pietistic Christianity, “personal salvation is offered without much thought as to how Christianity substantially changes a people’s attitude toward power and powerlessness, art and commerce, cultural ritual and symbolism.” (Center Church, p. 103)

There is a narrowness to pietism that does not reflect the Bible’s far-reaching mandate for the human race to “subdue the earth” (Genesis 1:28). Nor does it reflect Christians at their best in the pages of church history: think of William Wilberforce’s work on slavery, or Lord Shaftesbury’s efforts to help the Victorian poor. At the time of the American Revolution, committed Christians such as John Jay didn’t just focus on gospel issues to the exclusion of other, wider concerns. Jay wrote five of the highly influential Federalist Papers, which dealt with America’s entire system of government.

2. Gospel issues are a factor, but it’s not clear which side they favour in this case

Freedom of movement among the EU member states certainly makes life easier for British missionaries. But this isn’t a question of entry versus non-entry. No one envisages all the French being thrown out of Britain and vice versa. I was able to move to America to do Christian work despite the lack of freedom of movement between the US and Britain. British missionaries to Europe would face a greater administrative burden, but the importance of that has possibly been overstated by some Christians in recent days. Jim Sayers, who works for a mission agency supporting missionaries in Europe, has responded to the freedom of movement argument here.

The European Employment Directive, implemented in the UK in 2003, has been described by the Christian Institute as “a completely unjustified encroachment on religious liberties.” This legislation was the forerunner of the legal changes that have led to Christians being penalized or fired because of their faith. In the Christian Institute’s words, “For the first time it opens the door to litigation against churches and Christian organizations for employing Christian staff.” The EU was the source of this legislation and could easily produce similar laws that would further restrict religious liberty in the UK.

3. Experts telling us of the adverse economic effects of Leave have been profoundly wrong in the past

This quote from the time when Britain was considering joining the Eurozone should be compulsory reading whenever we’re told to submit to expert opinion:

“On the pro-euro side, a grand coalition of business, the unions and the substantial, sane, front rank political figures. On the other side, a menagerie of has-beens, never-have-beens and loony tunes.”

Who now thinks it was a mistake to stay out of the euro and hold on to the pound?

In a similar way, just one British media publication (The Spectator) argued against Britain joining the European Exchange Rate Mechanism (ERM), which was the precursor to the euro. The decision to join, in October 1990, is now considered a serious economic mistake. It led to the humiliation of Black Wednesday in September 1992, when Britain was forced to leave the ERM because of currency speculation. So the experts have been wrong before, on a highly comparable question.

In any case, the economic predictions turn out to be much less worrying once you remove the sound-bites and spin-doctoring:

“Talk of anyone being made ‘worse off’ by Brexit is deeply misleading. Of the many economists who have made projections for 2030, none have suggested that we’d be poorer. The question is whether we’d be, say, 36 per cent better off or 41 per cent better off by then. Not that anyone knows, given the monstrously large margin of error in 15-year predictions. So these studies offer no real reasons to be fearful.”

4. Nations are more relatable than empires

On the Canongate Wall of the Scottish Parliament, the following quote is carved in marble:

“Work as if you live in the early days of a better nation.”

It’s a powerful quote, because we can all imagine the hope and energy that a people would share as they set about building a new nation. Try substituting “empire” for “nation” in the quote. It doesn’t have quite the same ring, does it? That’s because empires are so hard to relate to. They’re not built on a human scale. When different nations are clustered into one empire, the people in that empire become utterly insignificant and disposable. Their voice no longer has any sway. In George Orwell’s Nineteen Eighty-Four, the world is divided between three superstates: Oceania, Eurasia, and Eastasia. Great Britain has become a portion of Oceania known as Airstrip One. The sheer scale of these superstates is one of the reasons why the people in the novel are crushed and powerless.

None of the empires in the ancient world get a good press in the Bible. Nations, on the other hand, are portrayed as God’s invention and a means of grace:

“From one man he made every nation of men, that they should inhabit the whole earth; and he determined the times set for them and the exact places where they should live. God did this so that men would seek him and perhaps reach out for him and find him, though he is not far from each one of us.”

While some might dispute the idea that the EU is an empire, the fact is that its legislation takes precedence over UK law, and its leaders, the EU Commissioners, cannot be held to account by British people. Given the EU’s trajectory, from a trading partnership to an economic community to a political union, we have to assume that the EU’s power will only grow, at the expense of national sovereignty. The referendum offers the people of Britain a chance to take responsibility for their own affairs. It’s a choice between on the one hand empowering local MPs, whose names are known by their constituents, and who can be visited at their constituency surgeries; and on the other hand empowering unelected leaders whose names and faces are unknown and who cannot be visited or engaged with. To choose the latter would suggest a chronic lack of confidence in Britain: its institutions, its historical achievements before it joined the EU, and its ability to forge new partnerships with other nations around the world. I do not personally share that lack of confidence.

There is a widespread assumption that the EU is a force for good in the world. People have the impression that it promotes international cooperation and harmony. Whether or not that is true within the EU itself, it is certainly not the case beyond the EU’s borders. From Africa’s perspective, the EU is a collection of wealthy nations that have clubbed together to protect their own interests from African competition. The result is that European farmers can prosper while needy African farmers face the unfair barriers of EU tariffs and subsidies. If you’ve ever heard it said that poorer people and countries should be given fishing rods rather than fish, bear in mind that the EU has for decades, as it were, been breaking African fishing rods in two. This is one of the background factors that lead so many Africans to risk their lives desperately trying to get into the EU. They realize that everything is currently loaded in Europe’s favour. Brexit would allow Britain to form new trading partnerships with African nations without the barriers that currently get in Africa’s way. This is just one example of the new freedom that Britain would have to operate for good in the world, making the most of its considerable power as the world’s fifth-biggest economy. The slogan is right on target: “Out – and into the world.”

2 responses to “Five Thoughts for Christians on the EU Referendum”